Subscribe for more drifting videos: http://bit.ly/K8F2fa The 2014 season has not been an easy one so far but the first podium and win came for Darren McNamara and Team Falken at Formula Drift Round 5 Seattle. Darren had to go up against his teammate Daijiro Yoshihara in the Falken Tire BRZ in top 16 but the real challenge was the battle against Chris Forsberg in the final four and of course the controversial tandem against Dean Kearney in the final. Produced and Directed by Taro Koki Edited by Daniel Baker Cameras by Mark Haleston, Thomas Babiarz, Loren Haleston, Alexey Orlov and Formula DRIFT -------------- If you create car videos, join the GTChannel network here:http://www.gtchannel.com/partner Website:http://www.gtchannel.com Like us on FB: http://www.facebook.com/gtchannel Send us video ideas on Twitter: https://twitter.com/GTChannel No really! Instagram: http://instagram.com/gtchannel/ 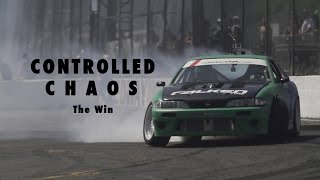